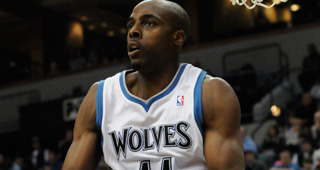 His agent, Larry Fox, confirmed the deal on Tuesday night.

On the first day of free agency, every NBA general manager received a hard copy 20-page presentation highlighting Tolliver as the 15th best three-point shooter in the league, his 48.2 percent three-point percentage in the fourth quarter and the strong plus-minus ratios in his career. Tolliver and Fox scoured the free agent market for the best opportunity to play his most effective position as a stretch power forward and 13 teams expressed interest throughout the process.

In Phoenix, Tolliver helps fill the void left by the departure of Channing Frye and gives the Suns a positive veteran leader, proven shooter and member of the executive committee in the NBA players union. Tolliver averaged 6.1 points, 2.6 rebounds and 41.3 percent shooting from three-point range last season for the Charlotte Hornets.

“It’s a great opportunity for me,” Tolliver said by phone. “I went into this free agency and it worked out perfectly when Phoenix contacted my agent. With a great nucleus of young players, and the respect I have for Ryan [McDonough], Jeff Hornacek and the entire organization, it’s a perfect situation. For me, I want to go in there and help any way I can.

“The Suns are an up tempo team, and when I was with Golden State I had a similar style. I’m able to produce at a high level and this style compares to that Golden State team. I can play the three as well, but my natural position is four, rebounding, hitting open shots. The Suns made it clear I’m coming to play the four. Phoenix is a great city, a great family city.”

Tolliver, 29, has averaged 6.1 points and 3.7 rebounds in six NBA seasons. He carved a shooting role as a stretch-four, but he’s played a majority of his minutes at small forward over the past few seasons. As a power forward, Tolliver had a 34-point performance and a 21-rebound game late in the 2011 season with the Golden State Warriors.

The Cleveland Cavaliers, Los Angeles Clippers and Washington Wizards were in detailed discussions with Tolliver before his agreement with the Suns.