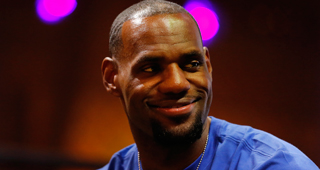 LeBron James is planning on spending the rest of his career with the Cleveland Cavaliers despite a contract that allows him tremendous flexibility.

“I don’t plan on going anywhere,” James said Friday night during the Welcome Home LeBron event at InfoCision Stadium. “I don’t have the energy to do it again.”

James can become a free agent after either of the next two seasons.

“At the end of the day I’m a businessman as well,” James said, “and I know what’s going on in our league.”

James is also looking forward to playing with Kevin Love.

“I always told him he was going to be the reason we won the gold medal,” James said “He played a huge role for us. “I’m looking forward to it. Hopefully it happens and everything is done right from the league rules. It’s a great piece.”