Harden: I'm The Best All-Around Player In The NBA 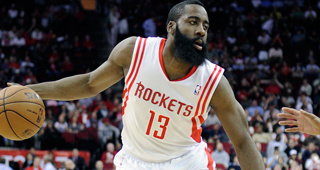 During a promotional event, James Harden declared himself the best all-around player in the NBA.

While Harden has become one of the NBA's best scorers and was an All-NBA First Team selection in 2014, he has received criticism for his lack of commitment on defense.