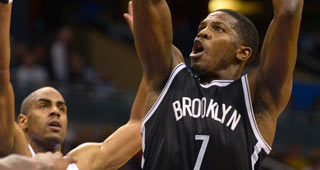 Robert Sarver still regrets the departure of Joe Johnson as a free agent in 2005.

The Phoenix Suns were $833,333 per year apart on an extension before Johnson's last season with the team.

As a free agent, Johnson felt like the Suns tried to lower his value and did not make an offer, prompting him to ask that they not match the Atlanta Hawks' $70 million offer ($20 million more than he had wanted nine months earlier).

"I beat myself up about that one because we were in a position where that piece could have helped us probably extend our chance to run for a longer period of time," Sarver said.