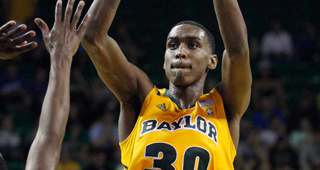 Free agent Quincy Miller has received several inquiries from NBA teams since joining the available market on Monday, with the Los Angeles Lakers as leading suitors for the forward, league sources told RealGM.

The Houston Rockets and Indiana Pacers also have registered levels of intrigue in Miller, sources said.

A second round pick to Denver in the 2012 NBA Draft, Miller was a top prospect within the Nuggets’ organization as a multi-faceted player at 6-foot-10. Miller, who has gained two inches since entering the league, averaged 4.9 points and 2.8 rebounds last season.

To narrow their roster to 15, the Nuggets waived Miller on Monday in order to keep Alonzo Gee -- who entered training camp on a non-guaranteed deal and earned a permanent spot.