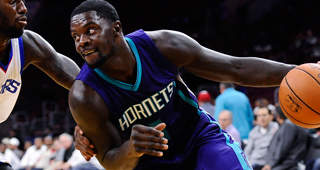 Lance Stephenson has been difficult with teammates, according to sources.

Steve Clifford has tried to deflect attention away from that notion by emphasizing that Stephenson is not yet a superstar-caliber player.

“He played in the same place for four years,” Clifford said. “A lot of it is the same, a lot of it is different. He’s got new teammates that he’s learning to play with. I think it’s a comfort thing. I talked to him the other day [and told him] you have to handle frustration, handle disappointment, and handle success the same way. You learn from it and you go on.

“None of it is attitudinal. That’s why I think we’ll continue to play better. If it’s effort, it’s a problem.”