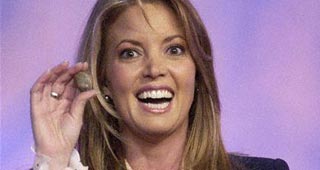 Jim Buss told the Los Angeles Times last April that he would step down from his role in basketball operations if the Los Angeles Lakers weren't contenting within three seasons.

Jeanie Buss said on Tuesday she'll hold him to that pledge.

"Yeah, of course," Buss told The Times at the 11th annual Lakers All-Access event at Staples Center on Tuesday night.  "But I don't see why -- given the resources, given our legacy, given who our head coach is, who our front office is --  [we'll have] any problem."

Jim Buss had announced his deadline to the Buss siblings.

"'We'll be contending,' that's what he said.  'We'll be in the Western Conference finals within three years.'  I think as long as you have Kobe Bryant on your team, anything can happen in the playoffs."