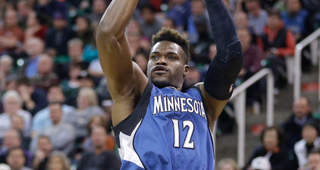 Despite NBA interest and 10-day contract possibilities, Adrien decided to accept a guaranteed deal with Guangdong, where he will team with Will Bynum for the remainder of the Chinese season. Adrien will pursue an NBA deal once his season in China ends.

Adrien played 17 games for the Minnesota Timberwolves this season, signing with the franchise in late November under the NBA’s hardship exception. He averaged 3.5 points and 4.5 rebounds for Minnesota.

An active, 6-foot-7 forward, Adrien has averaged 4.6 points and 4.3 rebounds over five seasons.