Knicks To Sign Lance Thomas For Remainder Of Season 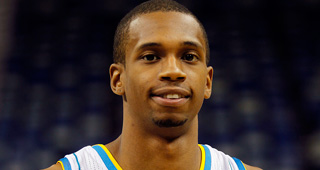 The New York Knicks will sign Lance Thomas to a contract for the remainder of the season when his current 10-day deal expires.

Thomas was originally acquired via trade in early January and was then waived. Thomas has been on two 10-day contracts with the Knicks.

Thomas has averaged 11.0 points, 4.8 rebounds and 2.3 assists in 25.8 minutes per game in six appearances with the Knicks.