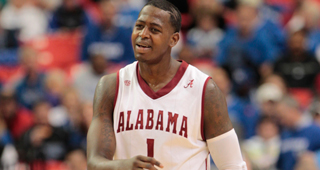 JaMychal Green has agreed to terms on a three-year contract with the Memphis Grizzlies, league sources told RealGM.

Green completed his second 10-day contract with the Grizzlies on Saturday night, and the two sides reached a deal for the remainder of the season guaranteed and two additional years.

As one of the best performers in the NBA Development League this season, Green averaged 23 points and 10.7 rebounds in 20 games for the Austin Spurs. Over three games with the Grizzlies, the 6-foot-8 Green has scored eight points and grabbed five rebounds in 13 minutes of action.

Green joined the Grizzlies on Feb. 2 as a free agent. He previously appeared in four games with the San Antonio Spurs on a 10-day contract.

Out of Alabama, Green went unselected in the 2012 NBA Draft before signing free-agent deals with the Spurs and Los Angeles Clippers in consecutive summers. The 24-year-old solidified himself as a viable NBA player in the July summer league and preseason play.