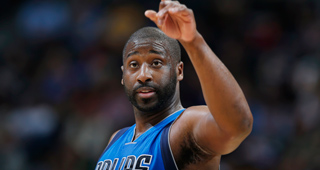 Picking up the option was the clear choice for Felton, a 10-year NBA veteran.

Felton, 30, scored 11 points in three games during the Mavericks’ first-round series loss to the Houston Rockets.

The fifth overall selection in the 2005 draft, Felton has averaged 12.7 points and 6.3 assists for his career. He has also spent five seasons with Charlotte, three with New York and one each with Portland and Denver.