Spears: Aldridge For Griffin Sign-And-Trade Has Been Rumored 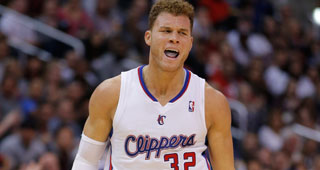 LaMarcus Aldridge will be a free agent this offseason and Yahoo's Marc J. Spears reported that he's heard rumors about a potential sign-and-trade with the Los Angeles Clippers for Blake Griffin.

Griffin was drafted by former Clippers' GM Neil Olshey, who is now with the Blazers.

Griffin has an early termination option in 2017.

"Obviously, there’s a connection there with the GM. And you wonder, if LaMarcus is interested in the Clippers, playing with Chris Paul. Could Neil Olshey get his old superstar with the Clippers in Portland?

"I think you get to a point where – Neil is smart. You’ve got to have a come-to-Jesus meeting with LaMarcus and say, “Hey, do you really want to be here or do you think you want to go. Because if you really want to go, help us – the same way Steve Nash helped the Suns. Don’t just walk away. Try to help out Portland in the process."