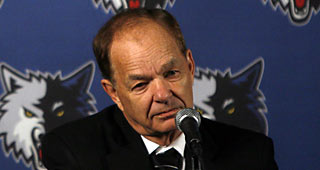 The Minnesota Timberwolves have openly mentioned the possibility of trading away the first overall pick.

Glen Taylor admitted it is unlikely, but not something they're prepared to rule out.

Taylor said it is something that will be “part of any conversation.”

“You never know what it could mean, if you could get the right one or two guys that could change your team,” Taylor said. “When you already have a bunch of young guys, you have to look at this type of stuff. But I think it's a very hard decision to make.”

The Wolves already have a young roster with several former lottery picks.

“We've got so many young guys,” Taylor said, “we would be better off not even being close to the lottery again.”