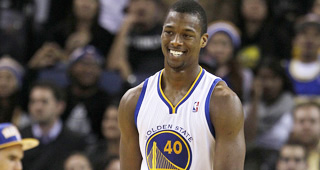 The Golden State Warriors are 5-12 favorites to win The Finals, according to Vegas sportsbooks. The Cleveland Cavaliers are underdogs at 2-1.

"We made the Warriors a six-point favorite in Game 1, then we took the next six games and played it out," said Jeff Sherman, head NBA oddsmaker for the SuperBook. "We take who would be the favorite in each game, by how many points and what the money line would be. We then put individual prices in and it calculates what the series price should be."

The Cavaliers were longshots at 60-1 to win The Finals this season prior to LeBron James signing with the club, but the books don't have a troublesome amount of liability on those bets.

Jay Rood, the head of the race and sportsbook for MGM Resorts, said his book across 12 properties took about 20 bets at 50-1 on the Cavs before James signed, which is a blip when considering how many total bets were made.

The Warriors opened at 25-1 and that number came down as the season progressed, but the books made money off future bets on the Los Angeles Clippers, San Antonio Spurs and even the Los Angeles Lakers.