Jameer Nelson Planning To Opt Out Of $2.85M Deal With Nuggets 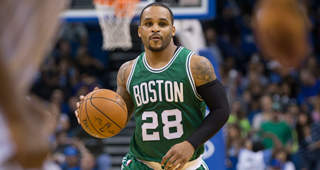 Denver Nuggets guard Jameer Nelson is planning to opt out of his $2.85 million player option for the 2015-16 season to enter free agency, league sources told RealGM.

Nelson has not yet informed Nuggets officials of his final decision, but both sides have held discussions recently under the premise that the six-foot guard will enter the free-agent market and potentially continue negotiations with the team. Nelson has until June 29 to inform the Nuggets.

After receiving interest from over a dozen teams last offseason, Nelson decided upon a two-year deal with the Dallas Mavericks. Nelson averaged 7.3 points and 4.1 assists while shooting nearly 37 percent from three-point range in 23 games for the Mavericks — prioritizing his leadership on the team through co-existing with Monta Ellis and finding proper balance within the offense, where Ellis and Chandler Parsons sought touches on the wing.

The Mavericks started the season 19-8 with Nelson, a concise offensive system with him at point guard, but traded the 33-year-old in mid-December. Dallas’ front office had hoped Rajon Rondo would elevate the team, but the partnership ended in a first-round series loss and an assured split in July.

After joining the Nuggets in January via trade from Boston, Nelson scored 9.6 points and 3.7 assists per game. Nelson has averaged 12.2 points, 5.3 assists and 3.1 rebounds over his 11-year career, 10 of which with the Orlando Magic.