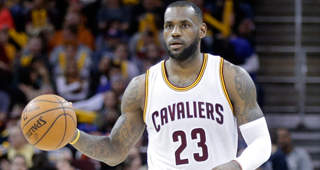 The Cleveland Cavaliers would prefer LeBron James to have an open dialogue with the front office and express his opinions strongly about which players he'd like the team to keep and which ones he considers luxuries.

In the past, James has tended to take a more distant stance while also exerting influence.

This is especially the case for what the Cavaliers do with Kevin Love, who James pushed for the team to trade for last offseason.

James has at times been an active recruiter in free agency in conjunction with the Cavs and Miami Heat front offices. But he's detached himself in summers when he's been a free agent.