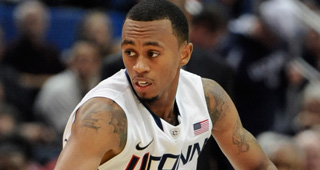 Undrafted University of Connecticut guard Ryan Boatright has reached agreement on a free-agent deal with the Brooklyn Nets, a league source told RealGM.

Boatright will appear in the NBA Summer League with Brooklyn.

Boatright, a four-year standout at UConn and a starter on its 2014 NCAA championship team, averaged 17.4 points, 4.1 rebounds and 3.8 assists this past season. The 6-foot guard also shot 41.1 percent from three-point range on over six attempts per game.