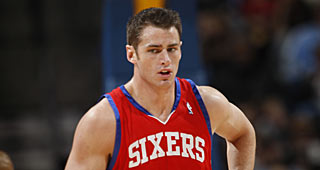 A rugged seven-footer with a deft outside shot, Smith gives the Magic the depth that they've searched for in free agency this summer.

Smith has played eight NBA seasons with the Philadelphia 76ers, New Orleans Pelicans and Knicks. He has averaged 6.4 points and 3.6 rebounds over his career.