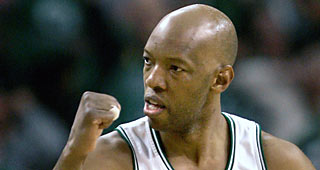 The Minnesota Timberwolves' best chance of reaching the Finals with Kevin Garnett came in 2004, but Sam Cassell injured his hip before the start of the Western Conference Finals against the Los Angeles Lakers.

The Lakers defeated the Wolves and played the Detroit Pistons in the Finals.

"All the time," said Flip Saunders about Cassell's injury. "It was his hip. He made a shot out of the corner against Sacramento in Game 7 [of the conference semifinals], and he did his little Big Balls dance, and from that, he created a little avulsion fracture in his hip. No question, I think about that dance all the time. But that’s the NBA. I went to four straight conference finals in Minnesota and Detroit, and we had injury issues in each one. The team that wins the title is usually the healthiest team."