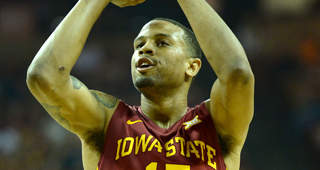 Dejean-Jones went unselected in June’s NBA draft out of Iowa State, where he averaged 10.6 points and 4.7 rebounds in 33 games as a senior. The 22-year-old had standout runs at Iowa State and the University of Nevada, Las Vegas, and earned a degree from UNLV.

In six summer league games for the Pelicans in Las Vegas, Dejean-Jones had averages of 12.8 points, 1.8 rebounds and 1.5 steals. He scored 26 and 25 points in separate performances for New Orleans. An active and scoring wing at 6-foot-6, Dejean-Jones was one of the most efficient players across summer league — shooting 61.9 percent from the field, 50 percent from three-point range and 76.2 percent at the free throw line.

Despite off-court transgressions at Iowa State and UNLV, Dejean-Jones cultivated his energies to prove his change and lessons learned in past issues.

“Life is a learning experience full of ups and downs that we can learn and grow from and get better,” Dejean-Jones said in April. "Or we can let them defeat us. I played for great coaches, some very talented teams and top notch universities.  Along the way, there were challenges and I made some mistakes. I own up to them. They’re stepping stones to help me grow and mature.”