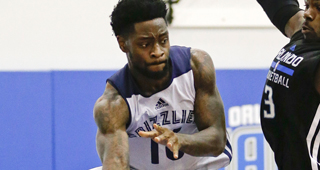 For Hazan, White will be the third client signed with an NBA team, joining Elijah Millsap (Utah Jazz) and Jarrid Famous (Dallas Mavericks) on minimum deals.

A 6-foot-5 two-guard, White starred at Ole Miss before declaring for the draft after his sophomore season, when he ranked ninth in the SEC in scoring at 15.1 points per game.