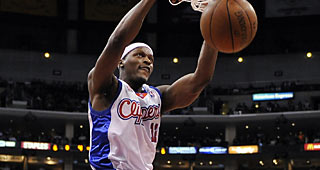 The founder of AmeriLeague, identified publicly for months as "Cerruti Brown," told the league's operations manager Wednesday night that the persona is fictitious and he actually is a former basketball standout who has numerous criminal convictions for fraud, Outside the Lines has learned.

The AmeriLeague was attempting to establish itself as another professional basketball league.

"I talked to him, asked him, and he admitted he was [former McDonald's All-American] Glendon Alexander," Marcus Bass, AmeriLeague's operations manager, told Outside the Lines. "He told me he was stepping away and to tell the staff that there'll be new ownership. I was in shock. I'm just hoping that all the people who have worked on this project can land on their feet."

Late Wednesday night, hours after Outside the Lines began questioning current and former league officials, the AmeriLeague website prominently displayed: "Cerruti Brown is Glendon Alexander. YEAH you should google GLENDON ALEXANDER, he is a con artist." It was later removed from the site.

Brown spoke repeatedly to the media last month about the AmeriLeague. He declined to talk about his background in detail, however, and refused to divulge the league's investors. There are no pictures of Brown on the official league website, and none in any stories that have been written about him.

Alexander, a McDonald's All-American out of the Dallas area, began his college career at Arkansas before transferring to Oklahoma State after two seasons. He averaged 9.6 points per game as a freshman in 1996-97 for Nolan Richardson and the Razorbacks, and finished his career in Stillwater in 1999-2000.