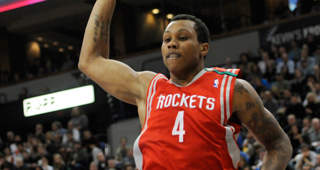 Daniels was the Raptors’ second-round pick (37th overall) in the 2014 NBA Draft. The 6-9 forward suffered a broken fifth metatarsal in his right foot as a member of the Raptors' entry in the 2015 NBA Summer League in Las Vegas this past July. He joins the Raptors 905 roster in the final stages of rehab on his right foot, while Raptors 905 Head Athletic Therapist Giovanni Sardella will now lead the efforts to prepare Daniels for game action in the near future. Last season, Daniels appeared in 30 games with the Perth Wildcats of the National Basketball League (Australia), where he averaged 14.8 points, 7.7 rebounds and 30.7 minutes.

Smith was claimed off waivers by Raptors 905. He last played for the Dallas Mavericks during the 2014-15 season, where in 42 games he averaged 1.9 points, 1.9 rebounds and 8.6 minutes. In 131 career NBA regular season games with Dallas and Houston, he has averaged 4.2 points, 3.4 rebounds and 12.5 minutes. He is expected to be in uniform Thursday, January 7 when Raptors 905 plays host to the Sioux Falls Skyforce at Kaiser Permanente Arena in Santa Cruz, California at 8 p.m. ET as part of the NBA D-League Showcase.