Michael Malone: Curry Is NBA's MVP But Draymond Green Might Be Warriors' 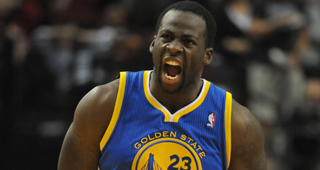 Michael Malone was an assistant coach with the Golden State Warriors during the rookie season of Draymond Green and he had an interesting observation on his value to the team.

Green is currently a projected starter for the Western Conference in the All-Star Game.