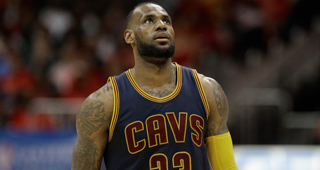 David Blatt's camp believes that his firing was "1,000 percent LeBron," as one supporter said over the weekend.

The Cleveland Cavaliers and LeBron James have each said that he played no part in the decision.

The Cavaliers hired Blatt in 2014 before they realized how seriously James wanted to return.

James has reportedly preferred a head coach who was formerly an NBA player, something he's only had in Paul Silas during his career. James and Tyronn Lue had also grown to have a healthier working relationship than he had with Blatt.