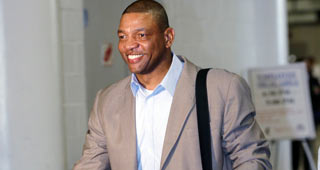 The Los Angeles Clippers discussed a trade of CJ Wilcox in multiple scenarios.

The Clippers held talks with the Orlando Magic on Wilcox by offering Shabazz Napier.

The Clippers also discussed a Wilcox for Tony Snell deal that would have also cost Doc Rivers a second round pick.

“I think he can shoot. I think he can play. He has a lot of guys in front of him,” Rivers said, “… but, I still think he can really play. He’s a great kid, a high-character kid. He works hard at it.

“And I think that’s a kid that you hang on to.”