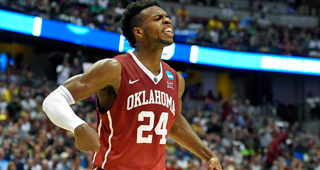 While Buddy Hield has had an outstanding NCAA Tournament and has become a household name, it is unlikely to have a major impact on his draft stock.

“It’s nothing we didn’t know or haven’t seen already, but it’s good to see him doing this on the biggest stage he’s played on in his college career so far,” an NBA general Manager said.

Hield hoped to enter the NBA Draft last season but feedback he received from teams indicated he'd likely be a mid-second round pick.

Hield is now expected to be drafted in the lottery after a successful junior season.