Lakers Canceled Interview With Ettore Messina After Meeting With Walton 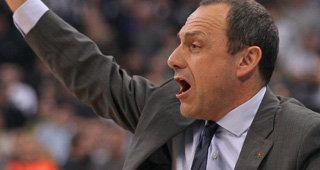 The Los Angeles Lakers moved quickly on hiring Luke Walton as head coach after their interview with him on Thursday in Oakland.

The Lakers had plans to interview Ettore Messina at some point next week between Games 2 and 3 of the San Antonio Spurs' series against the Oklahoma City Thunder, but they canceled following Walton's interview.

Walton and Messina quickly emerged as the top candidates for the Lakers' job after they fired Byron Scott.