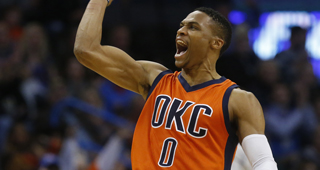 Russell Westbrook was an honor student at Leuzinger High School and was accepted to Stanford and given a partial academic scholarship.

Westbrook says he probably wouldn't have gone because of the cost of tuition. Westbrook had some interest from Creighton and San Diego State but didn't end up on UCLA's radar until Jordan Farmar declared for the draft.