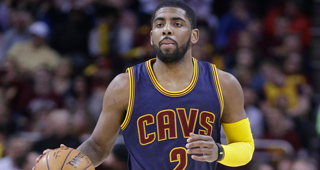 Game 1 of the NBA Finals was ABC's highest-rated Game 1 since they began broadcasting the event in 2003.

The 2016 Finals are a rematch of last year's with the Golden State Warriors taking on the Cleveland Cavaliers.