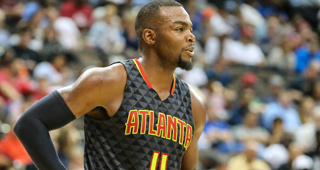 The Atlanta Hawks' preferred plan in the offseason was to sign Dwight Howard, re-sign Al Horford and trade away Paul Millsap.

The Hawks would retain a quality frontcourt in signing Howard and Horford while collecting assets by trading away Millsap.

Atlanta preferred Horford on his contract as it will be approximately $9 million per year less than what Millsap figures to make next offseason. Horford's starting salary with Boston will be about $26.5 million, while Millsap could start at around $35 million since he is a player with 10 or more years of experience.