Wolves Have High Hopes For Ricky Rubio Under Tom Thibodeau 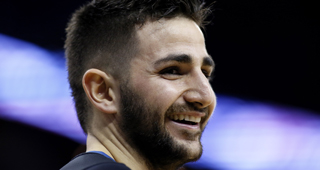 While the future of Ricky Rubio with the Minnesota Timberwolves has been uncertain since the team drafted Kris Dunn and has been linked to a Jimmy Butler trade, he still figures in Tom Thibodeau's plans.

The Wolves believe Thibodeau can have a similar impact on Rubio as he had when he coached Derrick Rose and Nate Robinson.

Rose was the NBA's MVP in 2011 while Robinson became a key injury replacement when the Bulls reached the second round in 2013.

Rubio is signed through the 18-19 season and is one of the NBA's best defensive point guards.