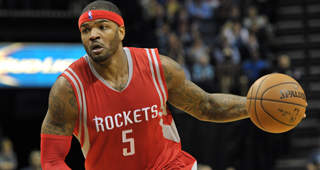 Josh Smith has signed a three-month, $1.5 million deal in China with the Sichuan Whales.

In an interview with Shams Charania in late September, Smith talked about wanting to remain in the NBA and that he was prepared to make changes to do so.

Smith could return to the NBA at the end of the season following his stint in China as many former NBA players have done.