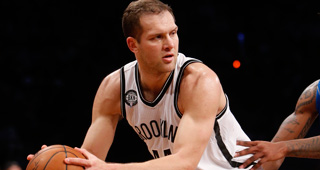 The Brooklyn Nets haver agreed to trade Bojan Bogdanovic and Chris McCullough to the Washington Wizards in exchange for Andrew Nicholson, Marcus Thornton and a 2017 first round pick.

The Wizards traded their 2016 first round pick last year for Markieff Morris.

Brooklyn will swap their own first round pick this year with the Boston Celtics, which will likely give them two first rounders in the twenties.

Bogdanovic will be a restricted free agent in the 2017 offseason. Bogdanovic is averaging 14.2 points, 3.6 rebounds and 1.7 assists per game while shooting 35.7 percent on three-pointers.