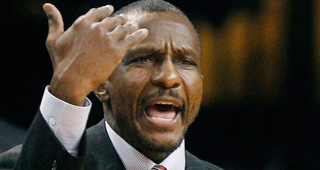 The Toronto Raptors held a lengthy postgame meeting following their 123-102 loss at home to the Oklahoma City Thunder.

Dwane Casey didn't address the media until 38 minutes after the game ended compared to his typical 10-15 minutes.

"A lot of people talked a lot," P.J. Tucker said of the meeting. "It was a good conversation but enough talking. We've got 14 games left, it's time to put it into action, it's time guys go out and show that we care about each other and we want to do something special here. We have the team to do it.