Unnamed GM: Tinderization Of The NBA Has Improved Road Records 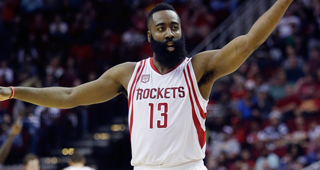 NBA teams have improved their road record significantly over the past few decades. In the 1987-88 season, home teams won an astounding 67.9 percent of games. By 1996-97, home teams won only 57.5 percent of the time. After hovering around 60 percent for most of the 2000s, home-court advantage is dropping again. This season, it sits at an all-time low of 57.4 percent.

NBA players are sleeping more and drinking less than they did in previous generations.

"Tinderization of the NBA," said one NBA general manager.

"Tin-der-i-za-tion," he repeats, "like the dating app. No need to go to the clubs all night anymore."

NBA players can now meet people from their comfort of their hotel room instead of clubs and bars late at night.

"It's absolutely true that you get at least two hours more sleep getting laid on the road today versus 15 years ago," says one former All-Star, who adds that players actually prefer Instagram to Tinder when away from home. "No schmoozing. No going out to the club. No having to get something to eat after the club but before the hotel."

Players travel on chartered planes and also are more committed to their craft, which includes taking better care of their bodies.

"Alcohol kind of stopped," George Karl says. "In general, players have become very serious about their profession. Players today have a more dedicated attitude about 'This is big money.' They're very aware of having a plan, a plan of development, a plan of commitment, a plan of growing."

One current NBA coach notes: "[Players are] not going out to clubs anymore, acting like imbeciles. They get crushed in the media when pictures come out, then they get clowned on for 24 hours."

Says one executive who tells players to find clubs that take phones at the door: "You cannot get framed if you're not in the frame."