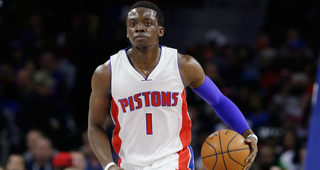 The Detroit Pistons regret how they handled Reggie Jackson this season as he underwent surgery before the season and never fully regained his health.

"What we were asking him to do was step up in a pressure situation that he wasn't fully equipped to do at this point," Stan Van Gundy said.

"And that was wearing on him. He was a guy who takes it very seriously and everything else, and he wasn't able to get the attention to himself in getting himself right."

Van Gundy maintains Jackson is fully cleared and able to play after a preseason injection to treat tendinitis in his left knee.

"I think (sitting him) probably should have happened earlier, and I don't think we were real fair with him in that," Van Gundy said. "I'm happy with where we are now. If I had any regret, and I really don't, it would have been that we didn't do this earlier."