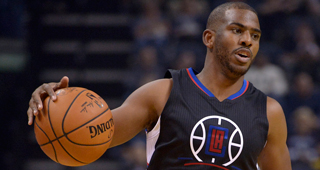 The Clippers have recently become “nervous” about the reports that San Antonio will make a big push to sign Paul.

The Spurs and Rockets finished with the second and third seeds in the Western Conference. Denver just missed out on the playoffs but they have a promising young core with a lot of depth.

In 2013, Paul informed the Clippers he was going to sign with the Rockets until they finalized their deal to hire Doc Rivers.