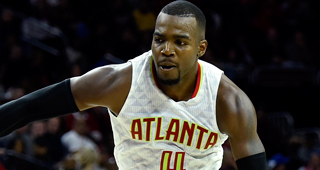 Paul Millsap has agreed to sign with the Denver Nuggets on a three-year, $90 million deal. The Nuggets will hold a team option in Year 3.

Millsap was coming off a three-year, $58 million deal signed with the Hawks in 2015.

The Atlanta Hawks had a plan to trade Millsap to the Nuggets during the 2016 offseason if they received a commitment from Al Horford to re-sign.

According to Chris Vivlamore of the Atlanta Journal-Constitution, Millsap was never offered a contract by the Hawks.