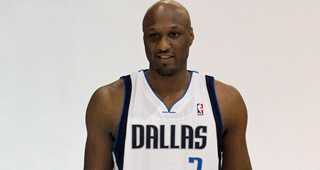 Lamar Odom is still haunted by the 2011 offseason when the Los Angeles Lakers first traded him to the New Orleans Pelicans and then the Dallas Mavericks after the Chris Paul was rescinded.

“That trade from the Lakers basically ended my career and purpose,” Odom told The Vertical. “I was never really myself ever again. Being in L.A., the structure, the people I knew, it hurt leaving. I had great memories with the Lakers, with Kobe (Bryant) and Pau (Gasol). That was a special time in my life.

“I think about it all the time, about how much I had left in the tank. I had issues going on. But barring injury, could I play in the NBA today? I could play. I should still be playing.”