LeBron James Spends Over $1M Per Year Caring For Body 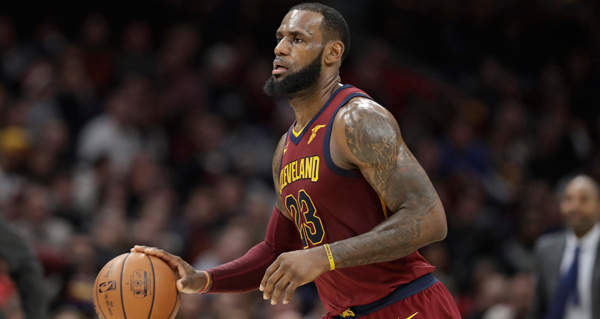 LeBron James is believed to spend over $1 million per year caring for his body.

James privately employs Donnie Raimon as his personal biomechanist. Raimon helped James overcome back issues he began to experience in 2015.

James also has worked with Mike Mancias since 2004. Mancias is employed by the Cavaliers.

"Between Donnie and Mike, it's a great one-two punch," James said.

"LeBron is probably one of the best I've seen as far as just, every day you see him just doing stuff with Donnie every day," Tyronn Lue said. "He does a really good job of taking care of his body, and that's why he's able to play the way that he does."

James also employs personal chefs and masseuses while he also gets private treatments with liquid nitrogen to help reduce inflammation. The home facilities James has rival those of professional teams. In his Akron home, James has a complete workout gym, hot and cold tubs and a hyperbaric chamber.

"I just think over time you kind of learn how to grow with it and how to deal with it when certain situations happen," James said. "It's very challenging, and you just have to go through it, and there was never someone I could talk to when I was coming up that was a part of this league that I could kind of lean on. I've learned everything on the fly. And I'm not talking about the game. Obviously, I've had coaches, I've had teammates and things of that nature. But as far as being an NBA player, how to approach it, how your body and how you continue to stay consistent, I've learned all of that on my own."