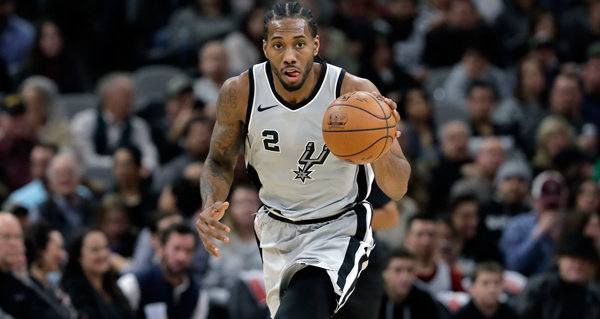 Rival teams are preparing to approach the San Antonio Spurs this offseason about a trade for Kawhi Leonard.

Leonard's status with the Spurs remains uncertain as he's been rehabbing his injured quad for most of the season.

“I have already talked to several NBA general managers," said Brian Windhorst on Outside the Lines on Monday. "At the end of this season, teams will call the Spurs and inquire about the availability of Kawhi Leonard.”

"Not that Windy needs any confirmation, ever, but this is 100% true. Vultures are circling, in hopes of action around the draft," wrote Zach Lowe on Twitter.

Leonard could sign a supermax extension with the Spurs this offseason worth more than $200 million. Leonard would be unable to sign a max contract at 35 percent of the cap should he leave the Spurs.