Celtics Have Concerns About Kyrie Irving Re-Signing In 2019 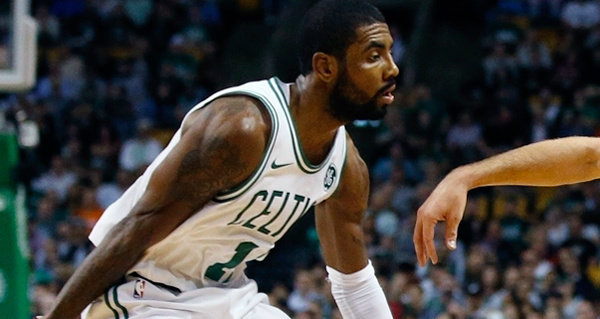 Kyrie Irving can be a free agent in 2019 and the Boston Celtics may retain Terry Rozier until they receive a commitment from Irving.

Rozier is scheduled to be a restricted free agent in 2019 as well.

"I think they're scared," said Chris Mannix. "I think they're scared and should be scared to some degree of Kyrie Irving walking in 2019. I know he had a great year, but you know there are people in Cleveland that will tell you that the Knicks should be considered a real threat for Kyrie Irving. Because Kyrie had talked about it, about playing with the Knicks with some players in that Cleveland locker room from what I was told.

"You know things can change. Obviously you go to Boston and you become the face of the franchise. You're on a winning team. Maybe the mindset has changed significantly?"

Shams Charania replied to Mannix's assertion with the expectation from Irving that he would be with the Celtics over the long-term.

"I know Kyrie Irving's mindset when the trade happened was 'Boston is my home for the foreseeable future.'"