Report: Kawhi Leonard May Not Be Enamored With Idea Of Playing With LeBron James 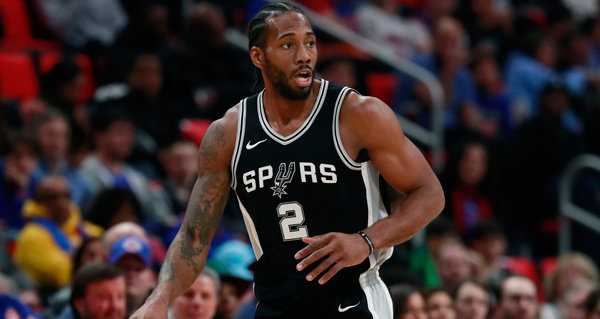 While LeBron James appears to want the Los Angeles Lakers to acquire Kawhi Leonard as part of his commitment to the franchise, the feeling may not be entirely mutual on Leonard's part.

Leonard reportedly plans on signing with one of the two Los Angeles teams, preferably the Lakers, when he becomes a free agent in 2019. Leonard doesn't want to ever play for the Spurs again.

"I'm hearing that Kawhi Leonard isn't that enamored with the thought of coming to L.A. with LeBron," said Stephen A. Smith. "Not because of LeBron himself the person or the basketball player, but because of the paparazzi like atmosphere he will ultimately create in L.A. Kawhi ain't built that way. Kawhi is not the type of player that wants to be a part of all that.

"Now obviously this could all be a smokescreen. It could be the Clippers leaking stuff out there to the masses hoping somebody grabs hold of it and just puts it out there without acknowledging the fact that the Clippers could be putting this out there because in their perfect world, they want people to believe they have a chance for Kawhi Leonard."