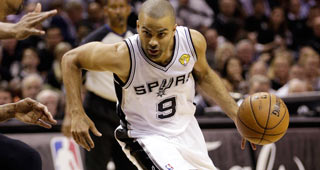 The Charlotte Hornets have agreed to sign Tony Parker to a two-year, $10 million contract.

Parker has spent his entire career with the San Antonio Spurs. Parker won four titles with the Spurs and was a six-time All-Star.

Number 9, I see you soon in Buzz City my big bro... 🇫🇷x🇫🇷