Mark Cuban: Send Our Players To Slovenia For Basketball Education 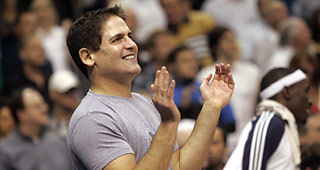 Cuban stated that "if we took our best kids...before they are McDonald’s all-American, we sent them over to Slovenia to get an education, the league would be a thousand times better. They just learn how to play basketball while our guys learn how to taunt and put together mixtapes.”

He added that "the moment’s never too big for [Doncic]. You never see that in a rookie...it is important because you’re used to people being older than you but I think he just learned how to play basketball and that’s the biggest gift".