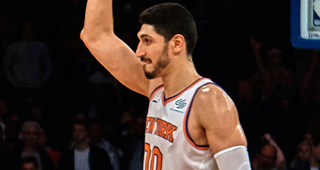 Trade talks hit a snag as the Bulls and Knicks looked for a third team to take Kanter. The Kings were mentioned as a possible candidate to make the trade work.

Kanter has been the subject of recent trade rumors, including one to the Kings for Zach Randolph.