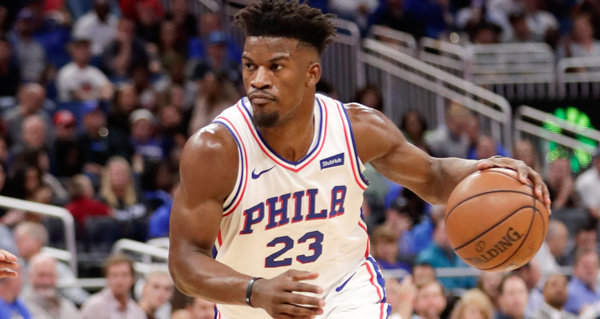 Jimmy Butler explained his confrontational nature during a recent episode of the Posted Up With Chris Haynes podcast.

“Damn right I'm confrontational. I am confrontational...I would be the first to tell you, I don't give a damn. I've always been like that. I haven’t said it all the time. I’ve always acted it though. Like if you know me and you’re around me, man, if you not around me everyday, I don’t give a damn what you say because you don’t know what I go through," said Butler.

Butler said he modeled his work ethic and approach to the game after Luol Deng.

Butler added that he doesn't care how he's perceived by other people and that he liked being misunderstood.