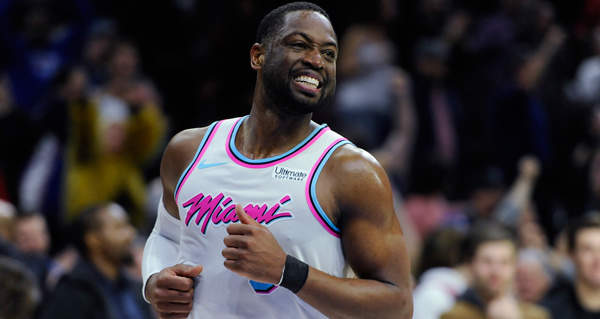 "Pop let me know that they were going to do something for me here. But that was cool. I didn't know it was going to be before the game, and I liked the music swag they had on it, the videos they put up. It was real cool. I'm so thankful, so appreciative. I don't expect those things to happen to me at all. I just come out and do my job every night. I'm thankful for the relationships I have. I have a great one with Coach, and I just appreciate what they did," said Wade.

Gregg Popovich explained why he thought Wade was an icon in the game.

"He certainly is an iconic figure as far as NBA basketball goes...He had a ferocious attitude on the court. But it was matched with a wonderful smile and a great understanding of the world and community off the court. I think that's what made him so special -- a coveted teammate, somebody that everybody enjoyed playing with, a guy that cared about more than just basketball. That's what makes him iconic in my mind," said Popovich.