Jay Triano Steps Down As Head Coach Of Canada 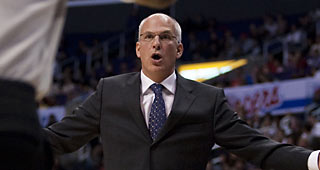 “I can’t thank Jay enough for all he has done for basketball in Canada,” said Glen Grunwald, President & CEO. “As both a coach and player, Jay is a Canadian icon and has played a major role in the development of basketball within our country and we will forever be grateful for his contributions. After speaking with Jay, I’m hopeful we can find a role where he can continue to contribute to Canada Basketball in the future.”

Triano, 60, was the 10th head coach of the Senior Men’s National Team since 1954. A native of the Niagara region, Triano is one of Canada’s most recognizable and accomplished coaches, as well as being a talented player and three-time Olympian.